Every Love Song Is About You — Part II 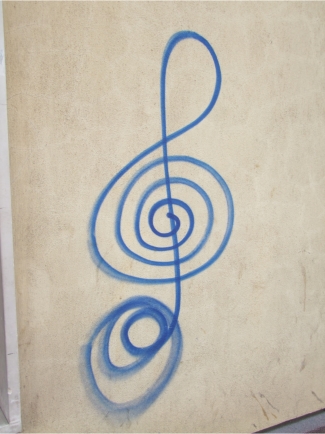 This article is part of a series about my songwriting process in writing a song called “Every Love Song.” See Part I here and Part III here.

Struggling with a line

So, I’d been struggling with this line in the song. The idea is that I see different expressions of love and every time I see one I think of the woman I love.

“Every time a guy says, I love you, it’s like I’m saying it to you,” then “Every time a guy gets down on one knee, baby it’s your face I see” (or something like that). But it wasn’t working for me. For one, there’s confusion. Am I seeing her face in place of his? I tried several ideas but none of them was quite right.

The next morning, when I was just about to walk past a notepad I had out, I suddenly veered off course, went to the notepad and wrote this down…

“Every time a guy gets down on one knee, and the girl says ‘yes’ I see you and me.”

I guess I was unconsciously mulling the lyrics over and that’s what popped out. I like it so far. It will be a little while before I know if that feeling holds up.

Although it’s earlier than I’d normally do so, I think I’ll head over to my music computer and start laying out the song. Since I have ideas for a few parts of the song, I can play with the arrangement start coming up with guitar parts, see if I need to write a bridge (or other part of the song) and generally get an arrangement (in this case, I mean order of the song) going.

Some songs start with a verse, some with a chorus, some go two verses before they hit the chorus, some only go one. The idea is to figure that stuff out for this song and that’s easiest for me to do in software.

So, I open up my recording software (Reaper). I like the tempo on the scratch recording I did so I tap my mouse in time to it so that Reaper understands what tempo I’d like the song to be.

Next, I’ll find a drum beat (in my drum software) that matches the rhythm of the guitars reasonably well (I’ll refine everything later). Once I get that beat in there, I just extend it (with no changes) and use that until I get the arrangement more set.  Then I slap a count-off (a cue to let me know when the drums start) on the front of the drum track.

Since I knew the chords from the rough version I’d done earlier, I thought it would be simplest to lay out a bass line, mostly just hitting the root (main) notes of the chords. That will allow me to easily work with the arrangement — playing with what part of the song goes where.

I started out with two verses in a row and then a chorus. That seemed a little slow so I went to a chorus after the first verse and that seems to pop better. I may have to condense the lyrics to get the ideas to flow but so far, I like it. I may even play with starting the song with the chorus. I’m a big fan of getting to the main “hook” of the song as soon as I can.

Here’s what I have so far — just drums (a single beat all the way through) and a very basic bass line.

I’m fairly certain this arrangement of the song order will change. It took me only about 1 1/2 hours to do this stuff so I’m about 3 1/2 hours in total. That’s good for how far I’ve gotten.

PS: In the meantime, the Seahawks are getting outplayed by the Packers. It’s the 4th quarter now so I’m going to take a few minutes and watch the end of the game (and perhaps the season) 🙁

PPS: Well. The Seahawks come from behind and win in overtime in one of the greatest comebacks I have ever seen. It inspired me. You see — the woman I’m writing this song about — I don’t have much of a chance with her. We already broke up. We’ve been apart for a while now. I’m pretty sure most people would count me out (for a variety of reasons I won’t list here). But as long as I have a chance (and maybe a little bit longer), I’ll keep playing it out, doing the best I can. The potential rewards are great. And if it doesn’t work out — I’d rather have tried with all my heart.