Every Love Song Is About You — Part V 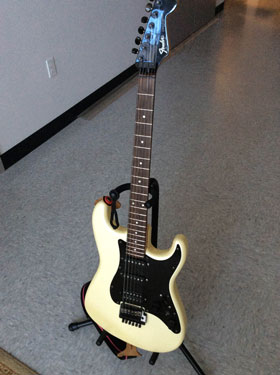 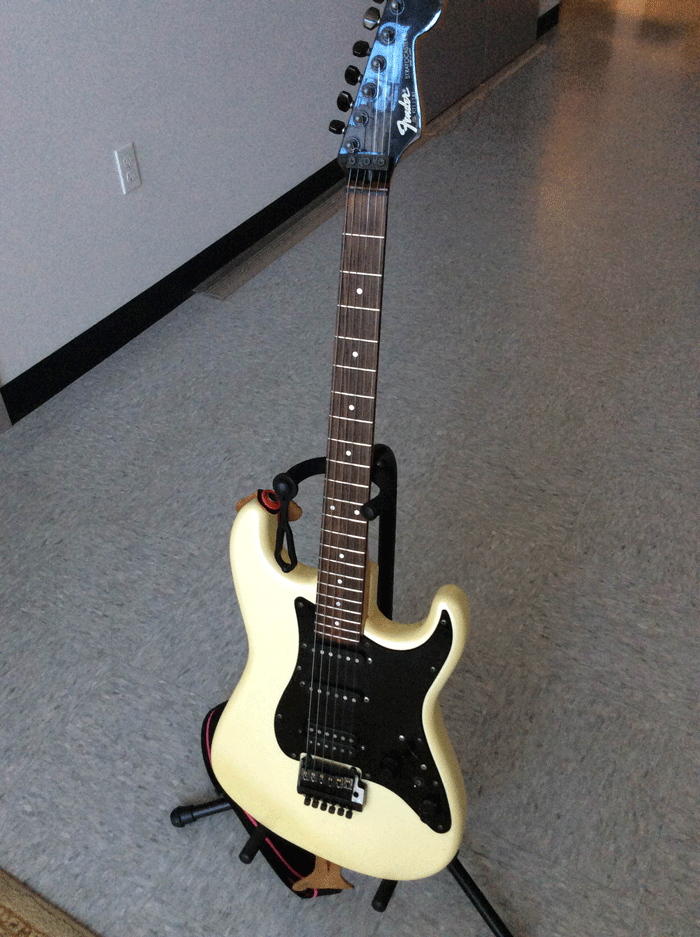 So, last night, I spent about 3 hours working on guitar and drum parts, as well as the arrangement, in general. I continued for another 2 hours this morning.

A song that doesn’t change is boring. It’s good to put soft parts, loud parts and change sounds through the song to add interesting things to listen to. At the same time, you’re establishing themes that people become familiar with as the song progresses. It’s a combination of making the song familiar enough to where there’s something people can hum along to and interesting enough to keep them listening.

So, I took stock of the song and started arranging a bit more to those ends.

In the most recent version of the song, I already had what I call a ‘breakdown’ of the song. The instruments drop out except for one soft guitar and voice. I decided to extend that part to make it more dramatic.

I had started with just one beat going throughout the song. So, I separated the song into its parts (verse, chorus, break etc.) and altered the beat for each of those. Typically, I changed the kick drum pattern to more fully match the bass and guitar rhythms. Also, I changed up the cymbal action — switching from hi-hat cymbal to ride cymbal in some parts and changing the hi-hat pattern for other parts.

Then I added drum fills and cymbal crashes to add punch.

The idea is to highlight the changes in the song, emphasize various rhythms that are going on and keep the song interesting.

I experimented with various guitar parts — recording a few that I later decided didn’t work, as well as some keepers. The changes in the drums also called for some changes in the guitar, so I re-recorded small sections of the guitars to better match the drums. For example, there are a couple of drum builds in the song and I wanted the guitars to build in the same way.

Experimenting with the arrangement, changing up the drums and adding/re-doing guitar parts took me about 5 hours, getting me to 18 hours total at this point. Here’s how it currently sounds…

Much of the rest of the arrangement changes will be in the backup vocals . I have a lot of ideas but I haven’t recorded them and tried them out yet. In my mind, the chorus needs to be differentiated more from the rest of the song. I hope to do that with backup vocals. The lyrics have changed but I haven’t had time to update the vocals yet. I’ll probably wait until I’m ready to cut the vocal track for realz.

Also, that breakdown section isn’t where I want it to be yet. That may take some experimentation.