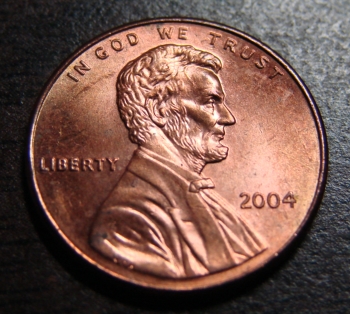 And how much do you get if someone plays your song on Spotify? About 2/3 of a cent. To put in perspective, it would take 1,000 plays of your song just to pay for the set of strings on your guitar (if you can find a set for $6 – $7).

That’s right, Spotify pays somewhere around $0.006 per play. Unless you get to be one of the top artists in the world and are streamed hundreds of thousands of times, you’re not likely to support yourself with a product that pays you  $0.006. For most independent artists, Spotify and similar services are never going to be a significant source of income.

Spotify claims they pay out 70% of their profits to artists. What’s wrong with this picture?

I got some insight recently when a new new Spotify/Pandora competitor launched, offering higher quality recordings. They were advertising on Facebook @ $19.95/month. The comments sections was sprinkled with “cut the price in half and I’d consider it” comments. In short, a lot of people aren’t willing to pay much to listen to music. And if they don’t know who you are, they’re probably even less willing to pay.

Here’s my advice. Don’t give those people another thought. They’re not who you should worry about connecting with.

Where Should You Focus?

Let me ask you a question. If you ran a software company, how much time, effort and money would you spend marketing to people that don’t have computers? If you sold pet food, would you focus on people that have pets or those that don’t? If you make custom floor mats that only fit Teslas, would you put a lot of effort getting your product in front of 12 year-olds? People that will only spend $0.006 to listen to your music shouldn’t be the centerpieces of your sales and marketing strategy.

Who Should You Care About?

But what about a fan who comes to a live show ($10 cover) and buys your CD there (another $10). They just spent $20 on you, you might profit $12. You just played a 12 song set — you made $1.00/song, or 167 times what you’d get for a play on Spotify for that same person. Maybe there’s another 50 people in the room who paid to get in or bought a CD (or more). Those are the people who deserve your attention. If you can get them on your mailing list, maybe they’ll buy your next CD or download when it comes out too.

Think about your favorite musician or band. How much have you spent on them over the years? I’ve seen Blue Öyster Cult 7 times. I’ve bought several of their albums. Add up all the concert tickets, t-shirts, CDs and you’ll likely get a figure in the hundreds of dollars. What would it be worth to you to be able to hang out with them for a couple of hours?

I Knew Them Before They Were Big

Have you ever liked a band before they hit it big? I have friends that saw U2 in a small club in Seattle (Astor Park) before they hit the mainstream. Do you know that feeling of pride you have when you knew about it first? You feel invested. You want to tell your friends about them. If you ever get to meet the band, you’ll tell them about how you saw them way back when. You’re a true fan.

These are the relationships you want to cultivate. This is where you should spend the bulk of your time and effort — not chasing the possibility that someone might hear your song on Spotify and fall in love with it.

So, What’s Your Music Worth?

Your music isn’t even worth 2/3 of a cent to some people. To others, it’s priceless.

Your job is to get your music in front of people and separate out the ones who find value in it. Get those people into your world and nurture your relationship with them. Forget about the rest. If you’re a music fan, support the music you love however you can. Musicians really love it when you like their Facebook pages, tell their friends and share their posts :-). To me, the support is more important than the money. Not everyone has disposable income.

PS: You probably have noticed I use words such as “product,” “marketing” and “profit.” I don’t think about the business side of things when I’m writing a song or recording it. I do music because I love it. I’d do it even if there were no money in it. Once the recording is done though, I put my business hat on. Why? Because I want to be able to do more music. I want more people with me on this journey. I’d like music to be a major part of my life. To accomplish those goals, I’ve got to make good business and marketing decisions. Those are the facts. Thinking otherwise is silly.

PPS: Having some music on streaming services is not necessarily a bad idea. People can discover you there and then become fans. However, it seems to me that there are better strategies to getting new fans. A good percentage of tracks on Spotify have never been played once. So, it’s not the first place I’d put my efforts, unless you have some strategy I don’t know about.